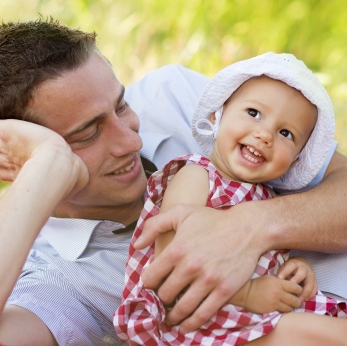 It was only a matter of time before modern times were more accurately and fairly reflected in company policies. Beginning in April of 2015 a year of shared maternity and paternity leave will be granted for new parents. Since April of 2011 parents have been entitled to a split the first year with the father having to wait until their child was 20 weeks to take up to six months off. As Deputy Prime Minister Nick Clegg points out, “old-fashioned, one-size-fits-all leave” should be updated and evenly inclusive of fathers. No longer should women be made to feel as though they must choose between career and motherhood, Clegg declares.

For so long, it has been commonplace and the expectation that mothers would make use of their two paid weeks of maternity leave and decide for themselves how much of the remaining 50 weeks they could afford and wanted to take off unpaid. Now however, both mom and dad will be able to decide who will take off and for how long as the year of leave can be evenly split with no repercussion of job loss. In this 21st century, it is well known the benefits and advantages to both parents being as actively involved in the rearing of their child as ever. The new leave policy will grant fathers the option to be as equally available and involved as mothers; no longer placing the majority of the responsibility on mothers.

The Institute of Directors seems to be leading the charge against the change, calling it a “nightmare” and saying that the practical ramifications are many and layered. One such argument being that now employers, given the fact that at least two subsequent changes of time between mother and father are permitted, will have to coordinate with not just their employee, but their employees partner and the partners’ employer. The IOD also makes the case for small businesses, saying that these entities, usually run by a small staff, will now endure a loss of productivity and have to fill the void and dedicate time to strategically planning around the extended amount of leave time.

Open chat
Powered by
Hello.
How can we help you?